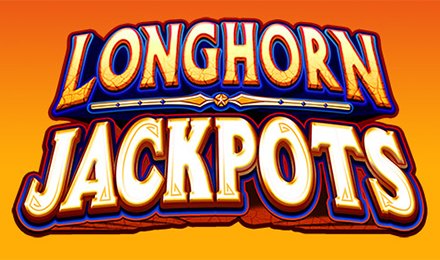 Longhorn Jackpots Slot is an easy to play slot machine. To kick-off, your gameplay adjusts your bet levels as per your preferences. Click on the coin denominations field and press +/- signs. The Max Bet is available on Longhorn Jackpots Slot and it is an automated bet. The feature sets your bet at the highest coin denomination which is offered. The Autoplay Feature play through several rounds over and over again. The symbols on the reels include the Texas Longhorn, Gold & Silver Stars, Playing Cards, Snakes, Cats & more.

Power XStream:
The Power XStream feature on Longhorn Jackpots Slot is an exciting feature. It helps maximize the number of ways to win and does so by evaluating awards that are based on the number of symbols in any position.

Bonus Pick Feature:
The bonus pick feature is randomly launched any time a wild appears on the reels during the main game. This bonus feature allows players to pick symbols until they get 3 matching symbols. You can thus win one of the four bonus jackpots that are based on the 3 matching symbols